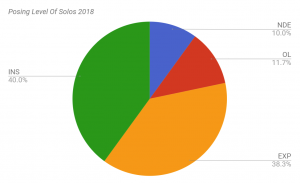 One of the biggest challenges in an Explicit shoot is finding ways to create variety in each of the explicit poses displayed across the required 8 highest-posing-level poses.

Some variations to consider include:

Lots of models expose their clitoral hoods in abbywinters shoots but not enough models then push that back to expose the clitoris in full. This is a fetish that’s easy to capture for every Explicit-posing model!

One of our customers provided these tips:

To see the ENTIRE clitoris,

I recommend historic shoot Lillian Solo, as a strong example of Explicit variety within each pose (but, there are not enough poses in this shoot). She also has unique clitoral anatomy.

Check out the general rules and tips on how to explore a solo pose in depth at the highest posing level.