For CSPs who are fortunate enough to either be able to shoot in their own homes, or that of a very willing friend, putting up hooks/nails on the wall (or, those 3M sticky hooks that don’t leave a mark when removed), can be a great way to help dress the space. This creates the option to hang different items on the wall each time, to make the space look like a new room. Above: Make use of hanging points on the wall to vary your set dressing

Any one item can only be used in one AW shoot, unless it is the models own personal item (in which case it can be used in multiple shoots – they are her things so it makes sense she would have them still).

Buying cheap items to set-dress rooms can make a scene look fantastic, but as they can only be used once, it can become expensive and time consuming – this is why we recommend dressing spaces with the model’s own items. Models will only bring the things a CSP asks them to bring – it won’t be obvious that a nude photo shoot requires her to bring a ribbon she won in a judo competition!

Ideas on what to hang 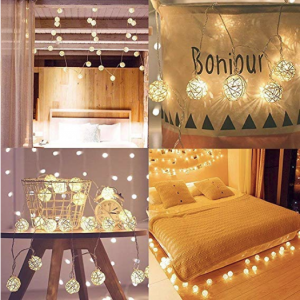 Above: AWBV will reimburse you for fairy lights after their second use on a shoot up to the amount of $15 USD. The goal should be to use the lights every 8th shoot or so, for 10 shoots (after that the prop will be too familiar).